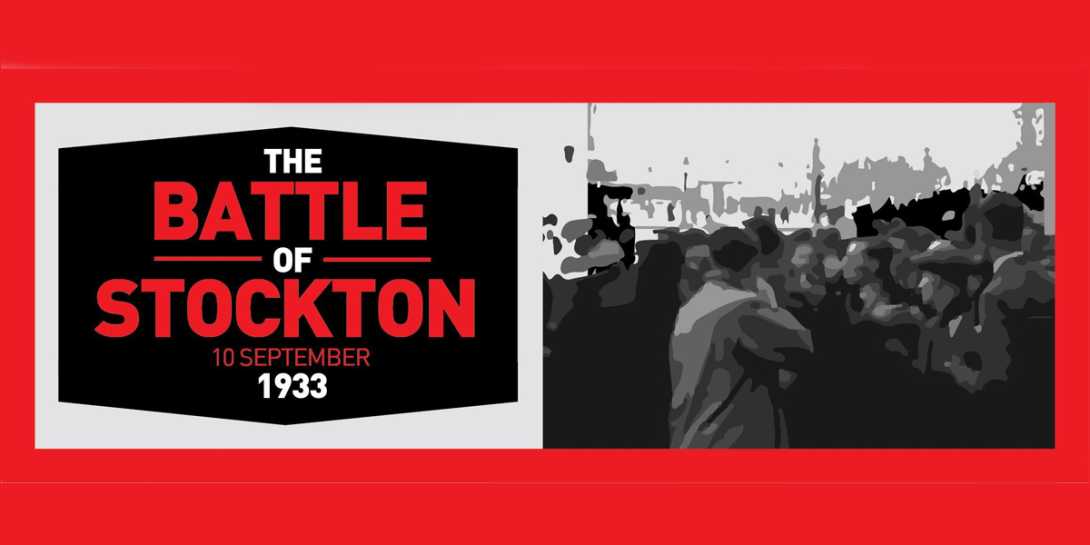 The Battle of Stockton

The Battle of Stockton Campaign was established to commemorate the day the people of Teesside refused to allow the British Union of Fascists into Stockton on 10th September 1933.

This years free celebrations will be held at The Georgian Theatre in Stockton and we will be joined by a host of speakers and performers:

The evening will be woven together by the inimitable Simon Rylander.

We will also be joined by North East Against Racism, Positive Disability Action and the Ewan Brown Anarchist Book Fair Collective.