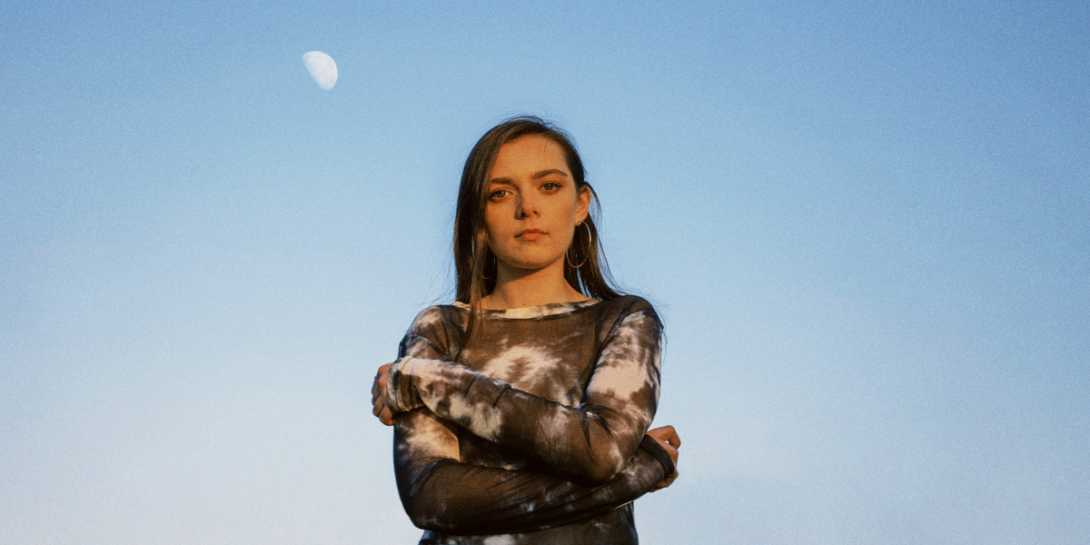 Jodie Nicholson is a singer, songwriter and multi-instrumentalist from the village of Hurworth-on-Tees in north east England. Jodie’s artistry can be seen as ‘singer-songwriter plus’, where her ethereal vocals, delicate melodies and emotive lyrics glide effortlessly between soundscapes of warm folk-pop, soft jazz, indie and electro, all the while blurring the lines of genre expectations.

Influenced by her dad’s love of prog rock, her mum’s love for 70s pop and beyond, not to mention a personal fascination with bands that change sonically with each album, Jodie’s hushed vocal remains constant over a diverse, melancholic, explorative ground.

In a breakthrough 2020, Jodie was awarded prestigious funding from both Help Musicians ‘Do It Differently’ and PRS Foundation ‘Women Make Music’. Recent single Move was produced by Tim Bran (London Grammar, Aurora, Rae Morris) and solidified Jodie’s status as one of the UK’s most exciting emerging artists.

Move was Record of the Day’s ‘Record of the Week’ and also picked up plaudits from esteemed outlets such as American Songwriter, AudioFemme, Glitter Magazine, Substream, 1883 Magazine and Popped Music, as well as Hype Machine blogs When The Horn Blows, Indie Shuffle, Phonograph Me, Son of Marketing and Black Plastic.

Back in September 2019, Jodie self-released her self-produced debut album Golden Hour. After graduating the previous summer with a degree in design, Jodie recorded a collection of songs written over a 6-7 year period, channelling experiences of love, loss and healing in her late teens and early twenties. Initially intended as an archive of songs she’d played at her local open mic night, the home-spun tracks soon started to come to the attention of a much wider audience than Jodie ever dreamed of.

Highlights included airplay from Jo Whiley on BBC Radio 2, BBC Introducing, BBC Sounds, BT TV Music, and Amazing Radio, as well as tips from respected tastemakers including Fresh On The Net, Record of the Day, AlexRainBird, NARC. Magazine and Mahogany, to name but a few.

A successful Kickstarter campaign in April 2020 reached over 250% of its initial target and enabled Golden Hour to be released on 12″ vinyl, with the likes of Maverick Magazine, RnR Magazine and Northern Sky all singing the record’s praises with stunning reviews.

Live, Jodie has performed across the north for Sofar Sounds, as well as headlining numerous regional venues and supporting the likes of She Drew The Gun, Cattle & Cane and Baskery at sold-out shows. Despite the covid-19 crisis, Jodie made her real life festival debut at the socially distanced Deer Shed Base Camp, her online festival debut at Summer Street’s Virtual Festival, sold out her first headliner at The Georgian Theatre in Stockton and performed numerous live-streams across her social platforms.