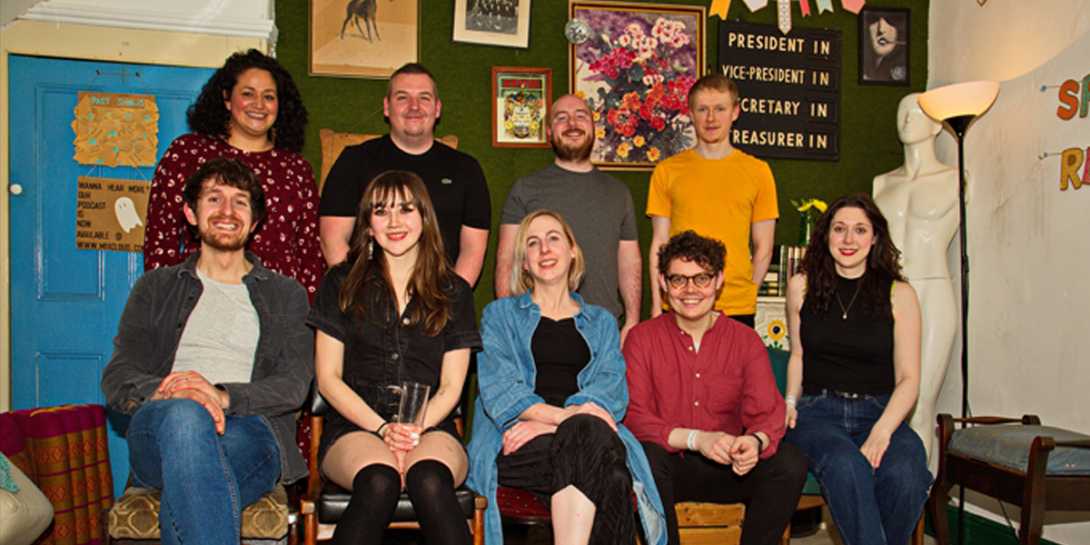 A Night with Nel Unlit

Nel Unlit are a group of songwriters, storytellers and musicians who have their roots all over the North East of England and Northern Ireland. They have made a rock-opera “Wake for the Dreaming”, based on the graphic novel, Worlds’ End from Neil Gaiman’s epic “Sandman” series. The album features a cast of singers, each playing a role within the story, including, Tom Joshua, Our Krypton Son, Dressed Like Wolves and Before Breakfast. It has been produced and mixed by the band with the help of Peter Brewis of Mercury Prize nominated Field Music and will be released on February 14th 2020 with single Dream’s Theme preceding it on 17th January 2020. Despite the idea for the project brewing for 7 years, the band officially formed in 2016, from past and present members of Sullivan and Gold, Dilettante, Dressed Like Wolves, Pellethead, General Sherman and Hold Music and began releasing music through DIY label Spooker Rekkids, based in the attic of musical institution Westgarth Social Club.

“A haunting masterpiece that will propel the listener into a different realm of consciousness.” - Vents Magazine “Fireflies - single of the month - A six minute opus. Draws you completely and utterly into it’s world. ” The Crack

"A beautiful, ambitious and eventful piece of music. Nel Unlit invite the listener to join them on their upcoming exploration of music and story" - With Guitars

''Want to hear some music taken from a concept album inspired by Neil Gaiman's Sandman series? Of course you do.” Prog Mag