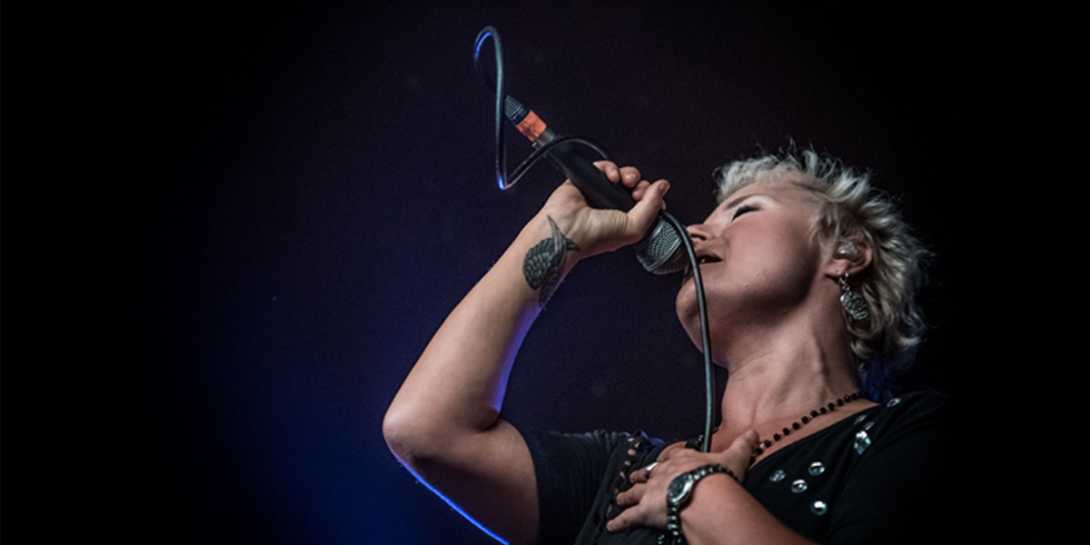 Birmingham-based Rebecca and her band are a ‘must see’ live act that often leaves newcomers simply blown away by the power of the performance.  With her co-writer Steve Birkett alongside her, a very tight band behind, and Rebecca’s powerful voice to the fore, the 5-piece outfit performs original rock/blues tracks from the EP Real Life, the highly-acclaimed debut album Back To The Start and the superb second album Believe, punctuated by one or two classic covers.  Rebecca was voted Female Vocalist and Emerging Artist of the Year at the British Blues Awards 2016 and Female Blues Vocalist of the Year in the FORM UK Blues Awards 2018.

Rebecca was born and grew up in Wolverhampton.  She started performing live music when aged 13 and as a teenager wrote and performed her own material.  The current music began when she linked up with Steve Birkett – a partnership that ‘clicked’, to the intense excitement of those around the pair.  Their core genre was the Blues, but right from the start they have stretched their music in the direction of rock and that move is set to continue.

Early 2019 will see a third studio album containing exciting new material honed with advice from producer Chris Kimsey, famous for working with the Rolling Stones and Peter Frampton amongst many others, with tracks mixed by California-based producer Bill Drescher and Thunder’s bassist Chris Childs.  Rebecca will be undertaking a headline tour around the album launch as well as appearing at festivals and undertaking some support slots.  Catch and enjoy a live performance, come and say hello, be part of something exciting, spread the word and, above all – believe.