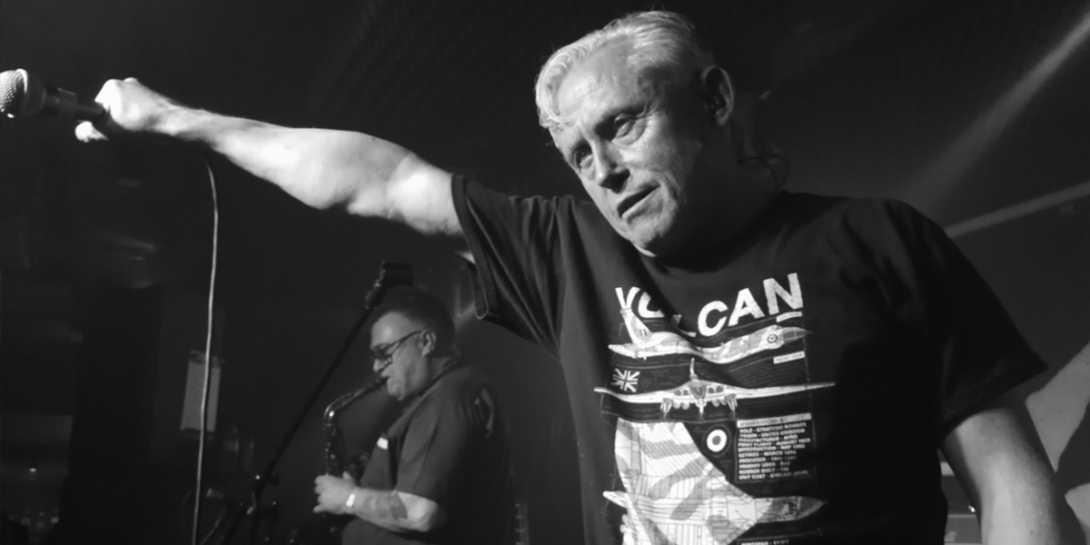 In 1980, Kirk Brandon formed Theatre Of Hate from the ashes of heralded punk band The Pack. Joining Kirk on vocals were notable punk musicians Stan Stammers and Luke Rendall, along with old school friend, Steve Guthrie and Canadian born John “Boy” Lennard, who revolutionised the band’s sound with his haunting sax lines.

Theatre Of Hate’s debut double-A-side single, “Legion”/”Original Sin”, topped the independent chart in 1980, and “Westworld”, their debut album, produced by Mick Jones from The Clash and released in 1982, held the number one position for 21 weeks. The single taken from the album, “Do You Believe In The Westworld?” has become an anthem and is still widely played in clubs and on international radio, as well as featuring on numerous compilation albums.

Supporting the likes of The Clash & Ian Dury lead to Theatre Of Hate headlining major venues across the UK & Northern Europe.

Theatre Of Hate imploded in 1982, with Kirk taking Stan forward to form Spear Of Destiny, but the band has resurfaced over the years to play some very special shows.

2015 saw the band play two short jaunts across the UK in April and December both sets of dates wowed large crowds.

During touring in 2014 and 2015 the band constantly recorded at Oxygen Studios in Manchester, the first new studio album in 30+ years is now complete! 'Kinshi' was released in October 2016 on CD, Vinyl, Download & Dub. The 12 brand new songs are simply stunning. Part funded by a fan based private Pledge campaign this THEATRE OF HATE masterpiece propelled the band even further back into the spotlight and the band played consistent sell out shows to promote the album.

In 2018 the band have been back into the studio to record more new material as well as playing at major festivals such as Rebellion alongside playing select shows with luminaries such as The Skids.

2020 and the band celebrate 40 years of exhilarating live shows with a return to the Georgian Theatre.