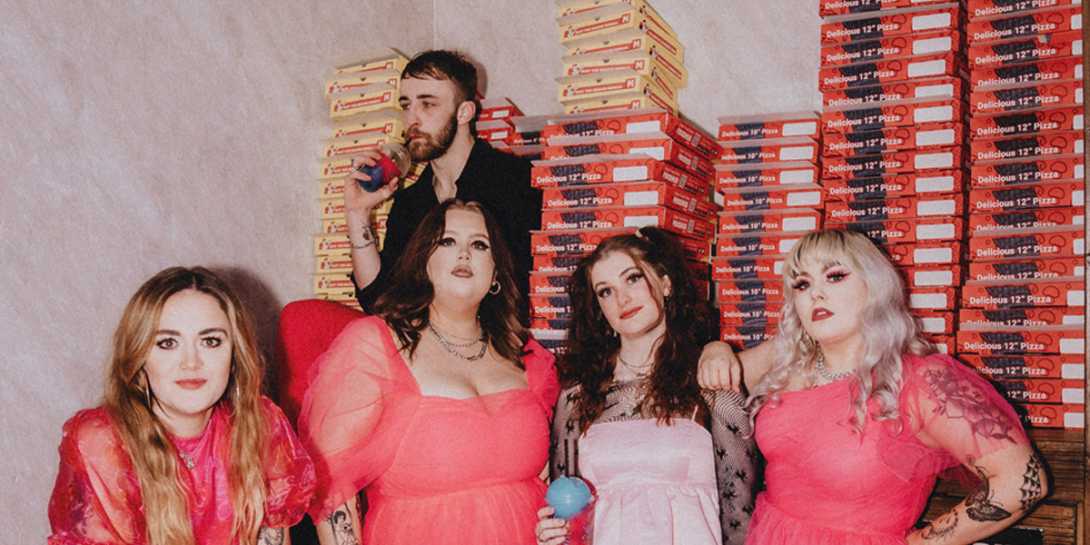 “Lovely new music by them... one of the best new things I've heard in ages” – Chris Hawkins, BBC Radio 6 Music

“I really like that, sounding so, so good” – John Kennedy, Radio X

“This is a band going from strength to strength” – Clout

After headlining the NARC. Magazine stage at Stockton Calling earlier this year, Komparrison head back to Stockton for their biggest headline show to date.

2022 has been a breakthrough year for the band, with their first UK headline tour in April for legendary indie promoters This Feeling and airplay from tastemakers at BBC Radio 6 Music and Radio X.

Writing songs with depth and startling observation to create an essential document of life as a working-class woman in the North East of England, the band take lyrical influence from such artists as Lily Allen and Orla Gartland and their music also tips its hat to the best of British guitar bands, like Arctic Monkeys, Royal Blood and The Big Moon.