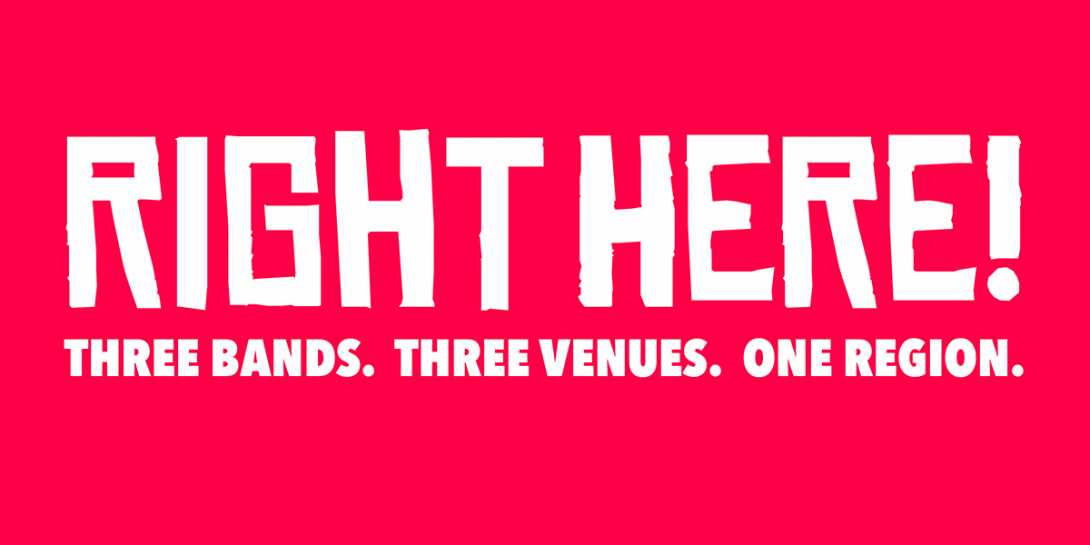 Price
£7.50 ADV
This event is at
The Green Room
BUY TICKETS

Famous Last Words, Independent Live and Little Buildings have today announced ’RIGHT HERE’ is to take place on 19-21 August, a three-date touring schedule to highlight and promote some of the best of the region’s best new bands.
Consisting of a gig per night in Newcastle, Teesside and Sunderland over a long weekend, the first of the events will see bands noyou (from Sunderland), Motel Carnation (Newcastle) and Marketplace (Teeside) host their own hometown headline show, before rotating to the next event the following night.

Independent’s Ben Richardson notes “our region as a whole has such a strong community of new bands, that a few of us promoters decided it could be really helpful to give bands from neighbouring cities the opportunity to play in front of new crowds. We have already confirmed dates for the second run out, as the events are proving to be really popular with both venues and bands. Hopefully we’ll expand this in the future to include other areas of the region.”

‘RIGHT HERE’ starts at Independent in Sunderland with noyou headlining on Thursday August 19th, followed by shows on Friday 20th at Little Buildings in Newcastle and ending on Saturday 21st at Stockton’s Green Room.