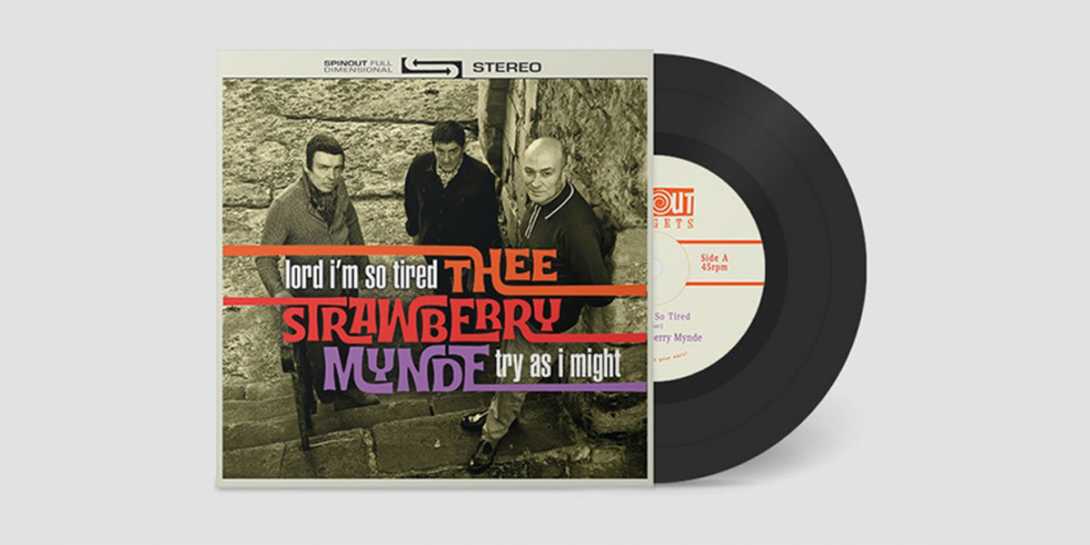 Price
£5 ADV
This event is at
The Green Room
BUY TICKETS
Thee Strawberry Mynde celebrate the release date of their new double A sided single 'Lord I'm So Tired' b/w 'Try As I Might' with a gig at The Green Room on Friday 24th June. The single released by the Spinout Nuggets label is on black 7 inch vinyl and limited to 300 numbered copies. With this been the release date of the record you will be able to buy the single on the night.
Support come from top North East Surf band The Milk Lizards and there's also a DJ set from Get Hip's Sue Kramer. Doors open at 7.30pm and advance tickets are £5.
Thee Strawberry Mynde are a ModGarage/PowerPop band, who formed in the North East of England in the mid 90s when Paul Garner (vocals/guitar) & Mark ‘Bazza’ Barrett (bass) got together to make some noise after been introduced by a mutual friend. Both were big fans of the 60s American garage bands and wanted to put a band together to preach the gospel according to ‘Pebbles’. Subconsciously the bands name was taken from a Robyn Hitchcock song.
After a year of recording some home demos, Thee Strawberry Mynde became a 4 piece with the addition of Jason Radley (vocals/guitar) and Ian Lowes (drums). In ’98, the band recorded four songs in a studio, which were put onto a cassette tape and sold at gigs which earned the band a few reviews in fanzines and also the weekly music mag Melody Maker.
After a ten year silence, the band reformed, this time with Paul, Mark and Ian as a trio, with their first gig in July 2008, and supported the likes of The James Taylor Quartet, The Bell Rays, The Fallen Leaves, The Mourning After, Doctor & The Medics, The Galileo 7, The Godfathers, Thee Dagger Debs as well as headlining their own shows too.
Ian was replaced on drums by Stu Cook about 5 year ago and band are now back as a quartet after adding an organ/keyboard player. Tetley (King Mojo) played organ with the band at a few gigs before Sam Young took over on keys this year.
For this single, the band were between keyboard players and so Rod Spark (The Shadowland/Groove Tunnel, and previously featured on The Hurricanes’ Spinout Nuggets single ‘Shake It!’) was drafted in on hammond organ.
The sixty-first release on Spinout Nuggets, this record will be available via the label, the band and all very good record outlets.
Notes:
Recorded and mixed at Mirage Studios, Marske by John P Taylor.
Hammond organ recorded at Groove Tunnel in Edinburgh.
Artwork by Paul Bevoir (The Jetset).
Artist Page
Support by
The Milk Lizards
Listen
Remote video URL
Image